From the floating masses of plastic waste in the Pacific Ocean to the microfibers covering sediment along our shorelines – the awareness is growing that marine pollution must cease. Suston lists five inspiring solutions.

Already in 2006, the American reporter and author Susan Casey got awarded for her story “Our Oceans Are Turning to Plastic… Are You?”, about the dire impact marine plastic pollution is having on planetary and human health. Over the years, the collective awareness about these environmental problems has been growing step by step. In 2011, ecologist Mark Brown released an alarming study about synthetic microfibers. Then there was that darkly captivating photograph of a seahorse carrying a Q-tip. Soon, plastic waste-filled cadavers of whales began washing up on shore. News followed that plastic had entered the food chain – including us. A plastic garbage patch bigger than Mexico has been found in the South Pacific and by 2050 there will be more plastic in the ocean by mass than fish.

Perhaps these almost apocalyptic messages were needed to finally penetrate our collective thick skull. Now, it seems like action is underway. These are five inspiring examples on how activists, companies and nations are working together and finding new solutions. 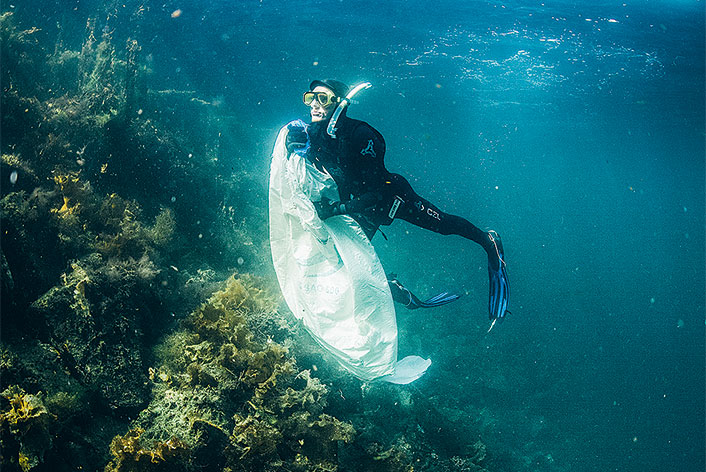 1  Ocean clean-up with a catch-phrase

Get ready to learn a new word, one not (yet) found in any dictionary. Tavaha. Destined to become the Nordic surfer’s response to Aloha! it is also the embodiment of a simple yet compelling philosophy, to Take Care of the Ocean (Ta vare på havet).

NOW explains that this expression “encompasses unity, understanding and solidarity across borders, generations and cultures. The ocean is what connects the world. It has always taken care of us and we cannot live without it. It’s time we return the favor.”

The Italian fabric producer Pontetorto and the German outdoor brand Vaude were awarded the Eco Performance Award at the Performance Days trade fair held in Munich in November 2017. This was in recognition of their jointly developed sustainable fleece fabric known as Biopile.

It is what they call the world’s first fleece fabric with a brushed back whose fibers are bio-degradable even in marine water, thus protecting seas, lakes and rivers from more synthetic fibers. The inner, brushed side of the fabric does not consist of polyester (as with conventional fleece), but of a cellulosic fiber extracted from raw wood material. The fiber comes from the German company Lenzing. According to Lenzing, it is the first fiber certified as biodegradable, even in marine environments. Even the smallest of particles from its brushed side during a washing process will decompose without residue in around 90 days. 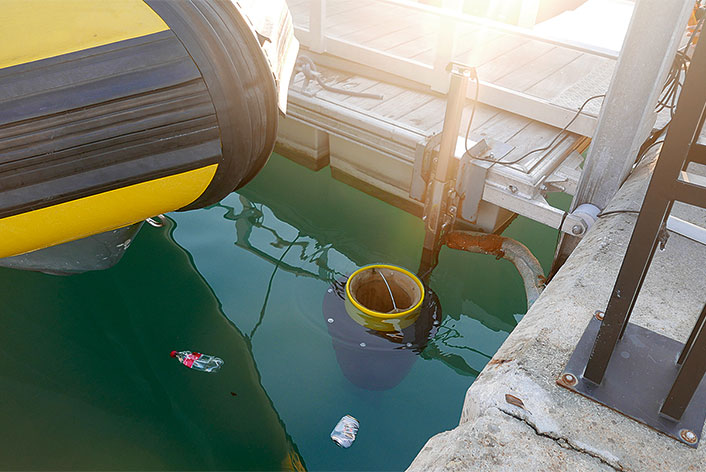 The Seabin Project first appeared on the public radar 2 years ago when a video showing their prototype went viral. This video currently has 85 million views. Following several years of R&D, Seabin Project and their partner Poralu Marine announced that they will be moving on to the production stage of 500 units and have already received orders from 39 countries.

The Seabin is a floating trash collector that can be placed in marinas and commercial ports, and works by sucking in water with a pump and filtering it through a catch bag. The contents of the catch bag can then be removed and disposed of properly. The project owes its origins to Australian Andrew Turton and Pete Ceglinski, boatbuilders and sailors by profession, and to their simple question “if we can have a rubbish bin on land, then why not have one in the water?

The founders acknowledge that while their bins are an effective countermeasure to ocean waste, they are by no means the solution. The solution, they argue, lies in education whereby each child taught to dispose of trash properly is one less source of littering.

Microfiber pollution presents ongoing challenge for the textile and garment industries. By working together, the solutions could come much faster. The European Outdoor Group has therefore initiated a Microfibre Consortium, together with research partners Biov8tion and the University of Leeds, alongside with around twenty major brands such as Berghaus, Finisterre, Fjällräven and Salewa. The Microfibre Consortium aims to develop improved knowledge of microfiber shedding and find viable solutions for the industry to implement.

The one-year research project, to be carried out by the University of Leeds, will begin by validating a pilot test methodology to provide an industry standard on microfibers, a vital step to enable the evaluation of fabric performance, and a precursor towards new materials development and innovation. Katy Stevens, sustainability project manager at the EOG, comments:

“We have been delighted with the proactive and collaborative response of the outdoor and clothing industries to tackle this issue head-on.”

If we are to drastically cut marine plastic pollution, politicians around the world need to take action. A recent study, for instance, by the Helmholtz-Centre for Environmental Research in Leipzig, Germany shows that large rivers in population- rich areas in Southeast Asia is the major source. The 10 top-ranked rivers transport 88–95% of the global load into the sea. No litter-picking or floating rubbish bins could hope to stop this alone.

However, it seems like the awareness is also reaching the political leaders of the world. During the last UN Environment Assembly, in Nairobi, Kenya in December 2017, the overaching theme was pollution. Eradicating plastic waste in the ocean was particularly high on the agenda. Over 4,000 ministers, business leaders, UN officials, civil society representatives, activists and celebrities gathered at the summit.

“We need to phase out what we don’t need, make what we do need with better materials, and recycle all the plastics that we use.”

We must do this, Solheim continued, in order to avoid “an ocean Armageddon.”

Sorry, the comment form is closed at this time.

Legacy Chemicals – Can we recycle our toxic textiles?

Just as recycled materials are surging in outdoor apparel, a recent report finds that hazardous “legacy chemicals” risk being carried over from the original textile. Can we realize the reduced impacts of a circular economy without sacrificing our health along the way? 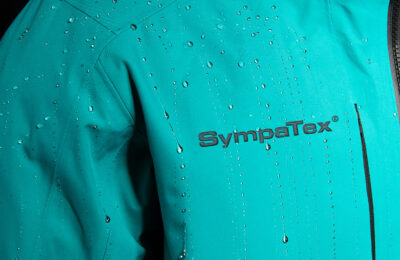 A Second Life for a Second Skin

Sympatex is one of the worldwide leading producers of sustainable functional textiles. To reach its next ambitious goal – becoming 100 percent circular by 2030 – the company is pushing for collaboration within the textile industry.

The first upcycling certification program to reduce industrial waste, the Harvest Certification creates a platform for transparency to make it easier for consumers to both identify and make environmental choices.

With Suston - Sustainable Outdoor News - you can keep up with the positive steps towards a more sustainable outdoor community.