In response to the Higg MSI controversy, the Scandinavian Outdoor Group hosted a digital forum where the Norwegian Consumer Authority, the Sustainable Apparel Coalition and other members of the industry could put this case to rest. Still, just one question remains.

After the very public ruling against Norrøna by the Norwegian Consumer Authority (NCA) for its consumer-facing application of the Higg MSI, many other brands are justifiably concerned about what this means for the basis of their own impact calculations – and whether they dare communicate their sustainability efforts publicly in this new era.

Can global averages be used to compare synthetics like recycled polyester? Or is it just the regional variation of natural fibers that need to be concerned? Just how specific does the data need to be, and just how up to date?

But at the digital event “Stronger Together – Sustainability Claims and Marketing Legislation,” this sense of tension was quickly relieved as one brand representative after another had their concerns calmly addressed by NCA’s representatives Vegard Grindstuen and Ingvild Olsen, who seemed intent on calming the waters of what has been a stormy past couple months in sustainability circles.

‘As long as the data is correct, it’s good enough’ was the overarching response, ‘it’s how it is presented that is key.’

With attendees placated, NCA continued to publicly extend olive branches to the affected parties, saying they “never doubted Norrøna’s good intentions” [with MSI], and that they applaud the Norwegian brand’s efforts and achievements.

To the Sustainable Apparel Coalition (Higg MSI’s developers), they expressed their pleasure that this has moved beyond a typical enforcement case, and instead become a “dialogue” where the two are “moving forward together.”

Yet while most concerns were quite easily addressed, the question of whether aggregate data can be used for consumer-facing product marketing at all continually bubbled back to the surface. Carbon footprint reporting, LCAs, and countless other sustainability metrics are all based on averages – if for no other reason than because specific and up-to-date data is virtually non-existent. Are these next in line?

Suston subsequently reached out to the NCA to ask whether aggregate data could be used to make claims if the basis for the data was made explicitly clear to the consumer. We received the following response, which we have been permitted to share:

“There are basic requirements to such claims. Mainly, that they must always be truthful and accurate, and at all times substantiated with appropriate documentation. With all this in mind, if the presentation is easily understandable and does not contain confusing elements, design choices, layout etc., then global averages can be used. It does depend on the presentation, though. And since global averages poses a lot of issues when regarding textile fibres specifically, due to regional variety, the act of presenting this accurately is a difficult one and should be attempted only with great care.”

In other words, there remains a degree of ambiguity surrounding this issue and caution should still be taken. To help clarify any remaining uncertainty, the SAC and NCA are currently preparing guidelines that they aim to release within a couple of weeks.

In the meantime, the NCA assures that their goal is ‘not to stop environmental claims, only to make sure they’re as accurate as possible.”

Stronger Together is a concept where members of the Scandinavian Outdoor Group meet (online and IRL), to share experiences and grow our competence together. SOG presents different topics, and gives room for external and internal speakers, as well as discussions.

Isbjörn: “Durability is our silver bullet” 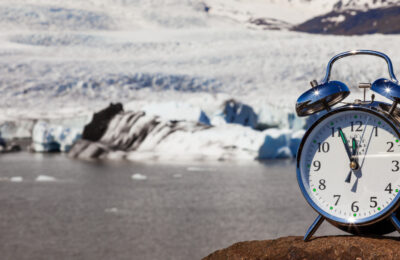 “It’s too late for climate greenwashing!”

As some show climate leadership, others exaggerate their efforts – whereby instead of reductions they only try to buy time with climate compensation. According to Sustainability specialist Joel Svedlund, that’s time we don’t have. 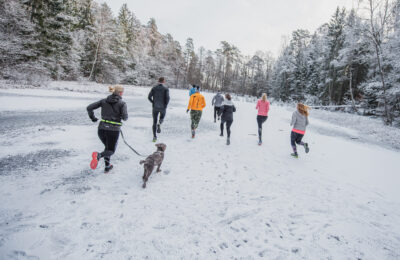 “Everybody needs to find their own reasons to be activists”

Icebug is a member of such initiatives as Fair Wear Foundation, Climate Neutral Now, B-Corp, 1% for the Planet. Find out the key to responsible leadership in this interview with CEO David Eklund.

Ask “What Would Nature Do?”

Just returned from the UN Convention on Biodiversity in Montreal, Stop Ecocide International’s Pella Thiel spells out the implications this ‘new treaty for life on Earth’ for business-as-usual, and how we can contribute to its success.

“Learn from the pros and be more confident!”

Suston’s Editor-in-chief Gabriel Arthur has just returned from ISPO Munich, where he was able to check the pulse of the outdoor community’s sustainability efforts. Read about what it was like to come back to Messe Munich after the pandemic, and the 5 themes he uncovered there.

Waterproof Performance Down – Without PFC’s

An Old Sweater and 8 Other Award-Winners at ISPO Get the latest sustainability news and stories from the outdoor community delivered free to your inbox with the Suston Monthly newsletter.